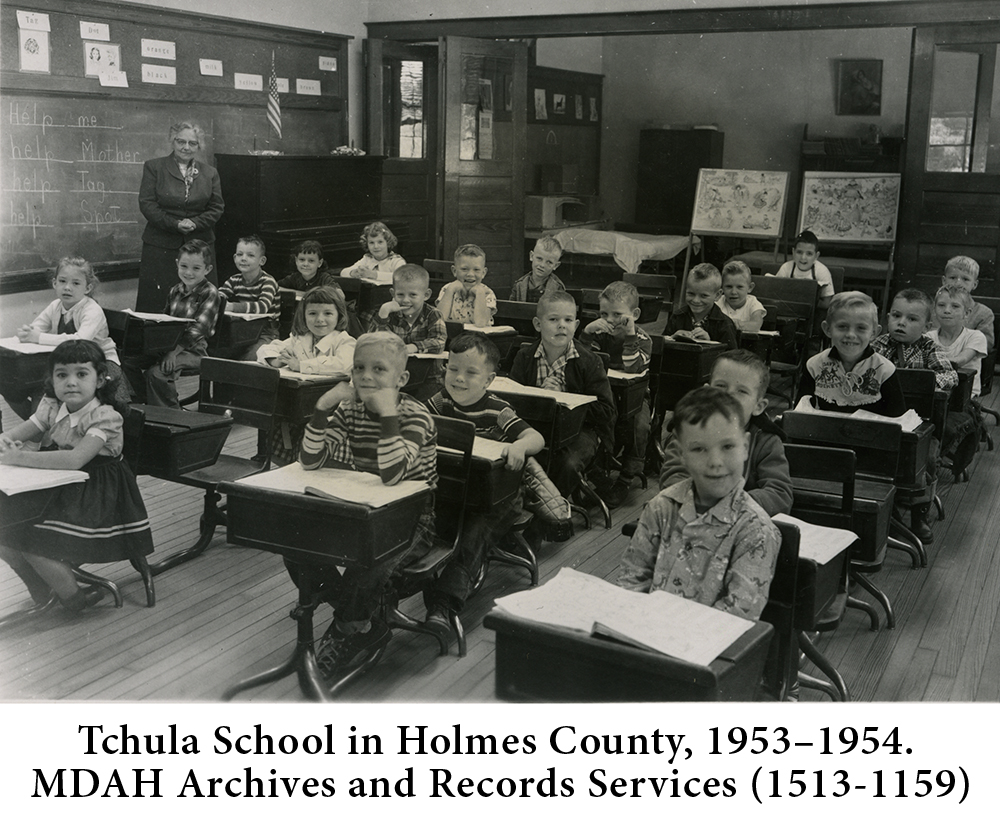 Many are familiar with the 1954 case Brown v. Board of Education, in which the U.S. Supreme Court ruled that racially segregated schools were unconstitutional. However, it took the landmark case Alexander v. Holmes County Board of Education, decided in 1969, to force the integration of public schools in Mississippi.

On Tuesday, October 29, Jackson State University and Tougaloo College students will commemorate the fiftieth anniversary of Alexander v. Holmes County Board of Education with a mock oral argument at the Old Capitol Museum. A reception will take place at 5:30 p.m. and the program will begin at 6.

“Alexander v. Holmes was a pivotal case for many Mississippians,” said Pamela D.C. Junior, director of the Two Mississippi Museums. “I was eleven years old and remember going from an all-black school to a majority white school. To re-examine the case today, in the twenty-first century, with students who have a different perspective will be interesting to say the least. I hope that citizens will come out and hear the oral mock arguments from our amazing higher education institutions.”

Dr. Jeanne Middleton-Hairston, a member of the Jackson Public School District Board of Trustees, will present a historical overview of the case and serve as the moderator for the evening.

The students will prepare their oral arguments using transcripts from the original trial and modern evidence to present their case. After their presentations, Mississippi Court of Appeals judges will question the students, deliberate, and select the team with the best presentation.

There were only three black Mississippians who practiced civil rights law in the early 1960s—R. Jess Brown, Carsie Hall, and Jackson Young, founders of the Magnolia Bar Association. They laid the groundwork for the NAACP and Legal Defense Fund to file the initial suit in July 1965. Dozens of African American families in Holmes County were named as plaintiffs.

On October 29, 1969, the U.S. Supreme Court handed down its ruling. The court declared that a standard of “all deliberate speed” had become an excuse for delays in Mississippi and should no longer apply anywhere.

“The Magnolia Bar Association was organized in the fall of 1955, shortly after the Brown vs. Board of Education decision outlawing segregation in public schools,” said RaToya Gilmer, president of the Magnolia Bar Association. “The members, although few in number, were confronted with providing solutions to various issues involving the law as it pertained to conflicts between the races arising out of the demand of Blacks for first class citizenship in Mississippi.”

“Today the Magnolia Bar Association continues to fight for equity within the Black community and to educate the Black community. Today's program, this collegiate mock oral argument, resonates with the core of the Magnolia Bar Association. We are proud to help educate the public regarding our history in the state of Mississippi.”

The program is co-sponsored by the Magnolia Bar Association and Mississippi Department of Archives and History.