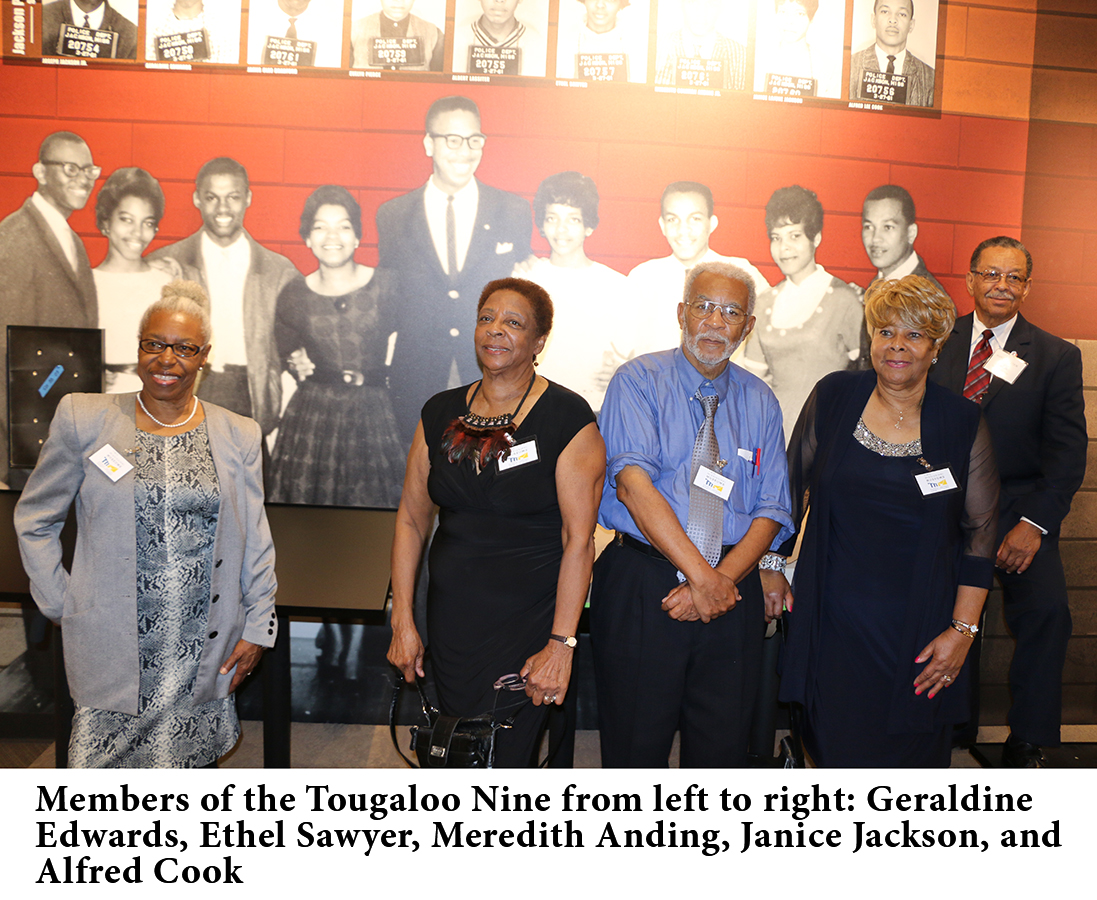 MDAH recently produced two short films that document the bravery of ordinary Mississippians. The Mexican-American War and the direct-action protest of the Tougaloo Nine are the subjects of the Scenes from Mississippi History video series, now available on the department’s YouTube Channel.

"We really want learners who can't make it to the Two Mississippi Museums to be able to experience the incredible stories that each museum tells," said MDAH director of education Al Wheat. “This distance learning initiative is one of our attempts to achieve that.”

The “Mississippi in the Mexican–American War” film covers the role of Mississippians during the war which lasted from 1846 to 1848. Participants included future Mississippi governor John A. Quitman and Jefferson Davis, future president of the Confederate States of America.

The video entitled “The Tougaloo Nine” highlights the actions of nine college students on March 27, 1961. Meredith Anding Jr., James Bradford, Alfred Cook, Geraldine Edwards, Janice Jackson, Joseph Jackson Jr., Albert Lassiter, Gloria Pierce, and Ethel Sawyer led one of the first sit-ins in Mississippi when they were arrested at the Jackson Municipal Library. The students were members of the Tougaloo College NAACP Youth Council and were encouraged by civil rights leader Medgar Evers.

The videos were developed by the MDAH education team as part of an online classroom learning initiative launched in 2017 through a National Endowment for the Humanities Access grant. The videos allow students in the classroom to experience artifacts and exhibits on display in the Museum of Mississippi History and Mississippi Civil Rights Museum. MDAH staff members Tony Schnadelbach and John Spann are featured in the videos.

"Next year we plan to produce videos about the Dahmer family of Hattiesburg, the Free State of Jones, and Mississippi's complex history with Prohibition," said Wheat. "We will also be expanding videos to our other sites, including the Old Capitol Museum, the most historic building in the state."

The short documentaries can be viewed on the department’s YouTube channel, MDAHVideo, along with other short films produced by the department. For more information email info@mdah.ms.gov.